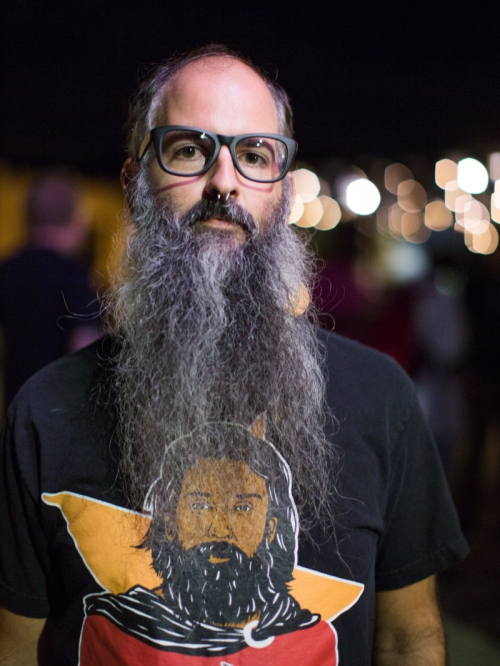 I took a short trip up to Durham, NC to see and photograph the band Touché Amoré. After the second opening band finished, I headed outside the venue to take a break. As I glanced over the crowd milling around outside the Motorco Music Hall, this gentleman caught my eye.

Will is from the neighboring city of Raleigh and works at North Carolina State doing IT work. He’s also the bassist for a hardcore band called Oxidant.

When asked about a cause he believes in he said “I think veganism is important, but I don’t feel like I’d push that on everyone. Not everyone can be vegan necessarily because everyone has different dietary needs.”

When asked what advice he’d give to his younger self, he said “I think I’m a strange person because I don’t think I’ve changed that much. I wish I could tell myself to be less awkward or kind of be more outgoing… I don’t really know.”

Approaching complete strangers can be challenging but Will made it so easy with his relaxed and confident personality. Thanks so much Will for being part of my 100 Strangers project, and it was a pleasure to meet you.

Technical Notes: This picture was taken at night, so I positioned Will under the neon sign of the venue. There was also a very bright streetlight lighting him from his left side. The out of focus lights behind him created an interesting background element. 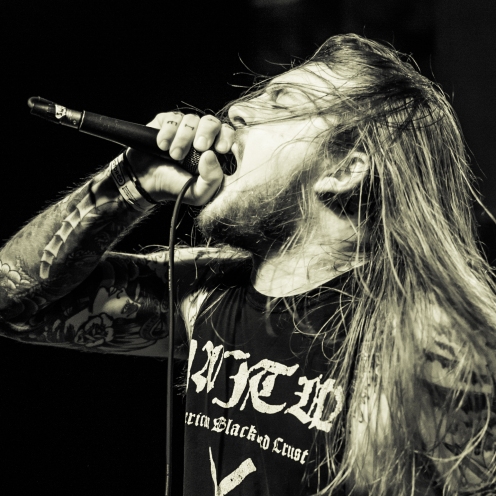 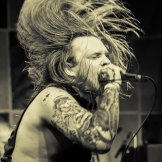 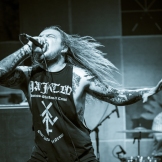 Joy was one of the supporting acts for Touché Amoré at the Motorco Music Hall in Durham, NC on 9/26/2017.

See all of my Joy photos from this show here. 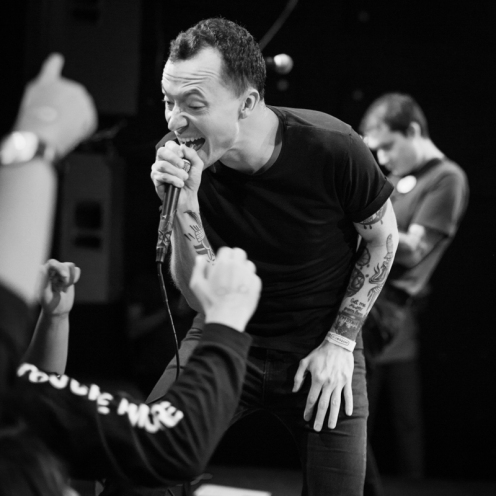 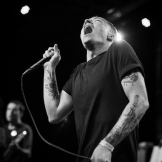 Touché Amoré put on an amazing show at the Motorco Music Hall in Durham, NC.  They were joined by Single Mothers, Gouge Away and Joy.

See the rest of my Touché Amoré photos from this show.

I arrived early to the Motorco Music Hall in Durham, NC to see Touché Amoré perform. As I walked around the corner of the venue, lead singer Jeremy Bolm just happened to be exiting out the side door. We chatted briefly, and I asked him if I could make a portrait of him later. He agreed and we parted ways.

Walking back to the front of the venue, I struck up a conversation with a fellow photographer. She was a student who was planning to shoot the show with a old Pentax film camera. I found that fascinating.

We were only minutes into our conversation when Jeremy walked up to us and said that now would be a good time to make the portrait. This took me by surprise as I had intended to use the flash and reflector that were in my car. There was no time to get that extra gear, but everything turned out great.

Jeremy and I walked back around the corner where I first met him. The lighting conditions were actually really good. We were out of the direct sunlight, and the light bouncing off the concrete removed any need for a reflector. Being very conscious of respecting his time, I only took 5 or 6 quick shots.

Thank you Jeremy for being so generous of your time.

See my best pictures from the show.