After many years in limbo, my Tipping Point adventure game series is finally completed with a new release for iPad!

The Tipping Point project began in 2007 as an online Flash game, and, over the course of a year, the first 4 chapters of the game were released one at a time.  When the economy took a hit, I sadly had to put the project on the back burner.  Even four years later, I still received emails from players asking when/if the series would continue. 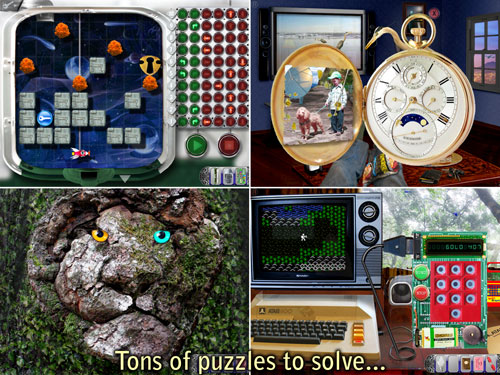 The full version of Tipping Point for iPad includes all 5 chapters of the game as well as an epilogue.  All of the graphics have been enhanced for the new platform and look better than ever.  Some of the puzzles have been modified to make them feel more natural on the touch screen.  One notable feature in the new version is a built-in hint system that gives you a nudge in the right direction whenever you get stuck.  You can also save the game progress for up to five players on the same device.

The new chapter 5 really propels the story forward by adding new plot twists and providing a satisfying resolution to the mystery.  We finally meet Tommy’s father and learn the secrets he’s been hiding.  An unexpected glitch in their teleportation technology summons something from out of this world and, suddenly, you find yourself at the center of the discovery that changes everything.

Watch the promo video below:

This entry was posted in Games, Tipping Point. Bookmark the permalink.